What is Violence against Women, Domestic Abuse and Sexual Violence (VAWDASV)?

Violence against Women, Domestic Abuse and Sexual Violence (VAWDASV) refers to acts of violence or abuse that are disproportionately expressed toward women. However, we know anybody can be a victim of the types of violence, which include:

VAWDASV can happen to anyone, anywhere but some women and girls are particularly vulnerable, for example, young women, women who identify as lesbian, bisexual, transgender or intersex, migrants and refugees, indigenous women and ethnic minorities, or women and girls living with HIV and disabilities and those living through humanitarian crises. 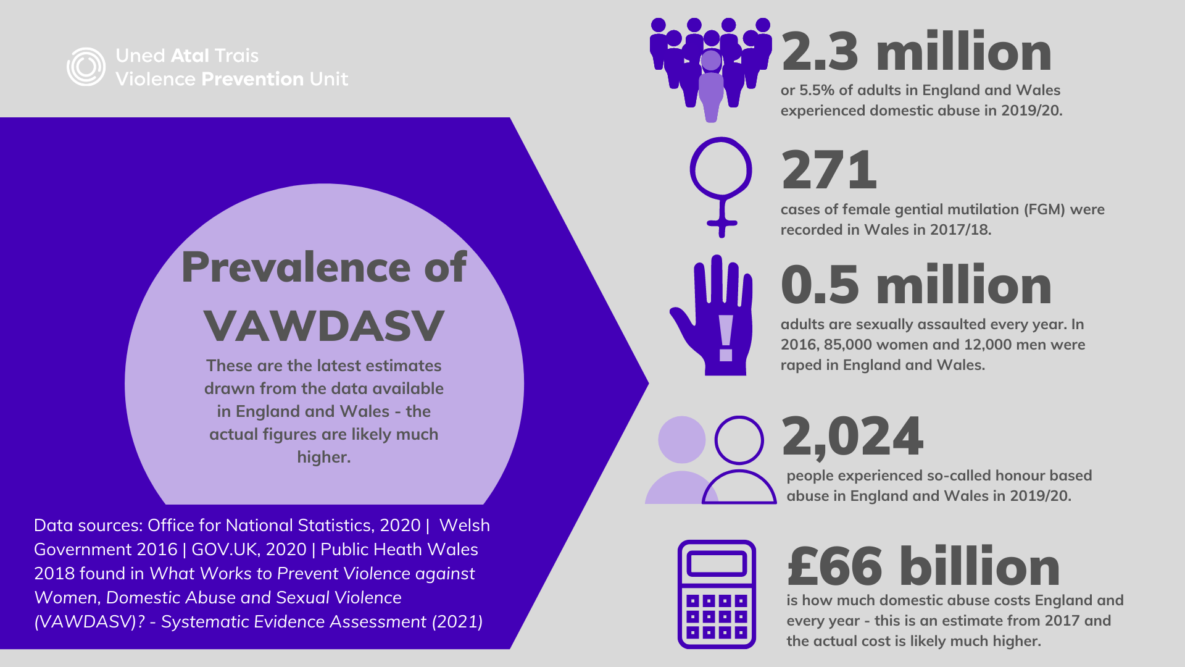 The impact of Violence against Women, Domestic Abuse and Sexual Violence

Violence against Women, Domestic Abuse and Sexual Violence (VAWDASV) is a major public health problem, a criminal justice issue, and a violation of human rights. It causes harm to individuals and families, and its impact can be felt across whole communities, societies and economies.

The true impact of VAWDASV cannot be adequately quantified. However, these types of violence can impact on victims in many ways. For example, sexual violence can lead to a multitude of health consequences including physical, reproductive and psychological harm. Female genital mutilation (FGM) can lead to both immediate health risks as well as a variety of long-term complications which can affect the person’s physical, mental and sexual health and well-being throughout their life. 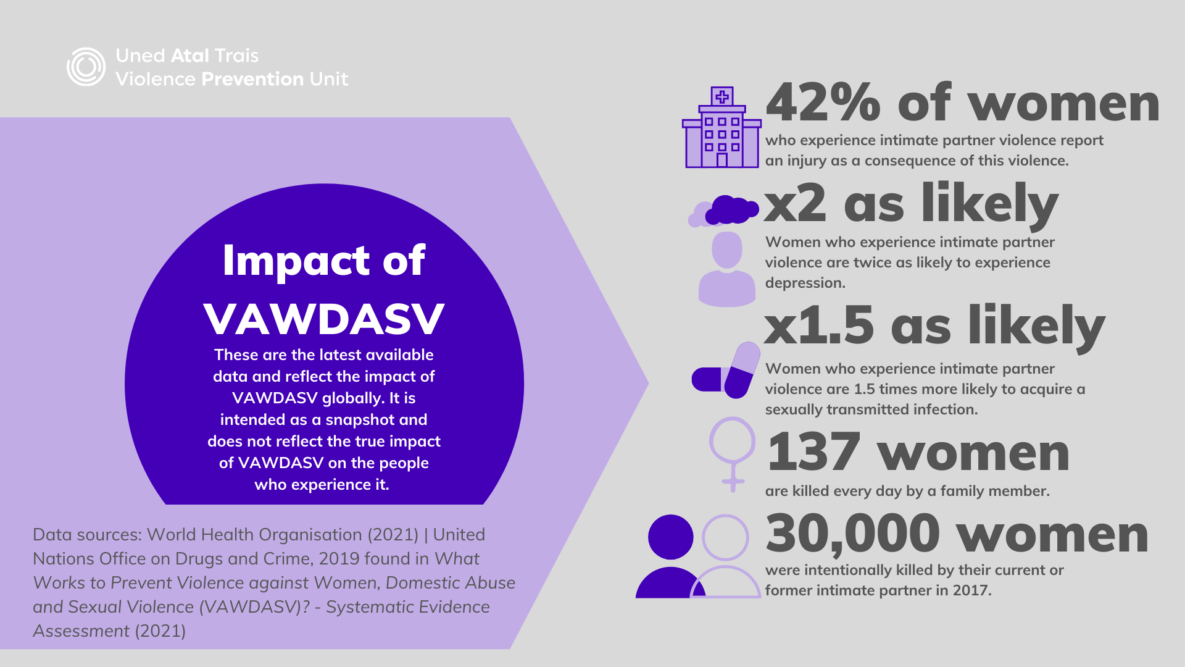 The principles of public health provide a useful framework to investigate and understand the causes and consequences of VAWDASV and for preventing it from occurring. 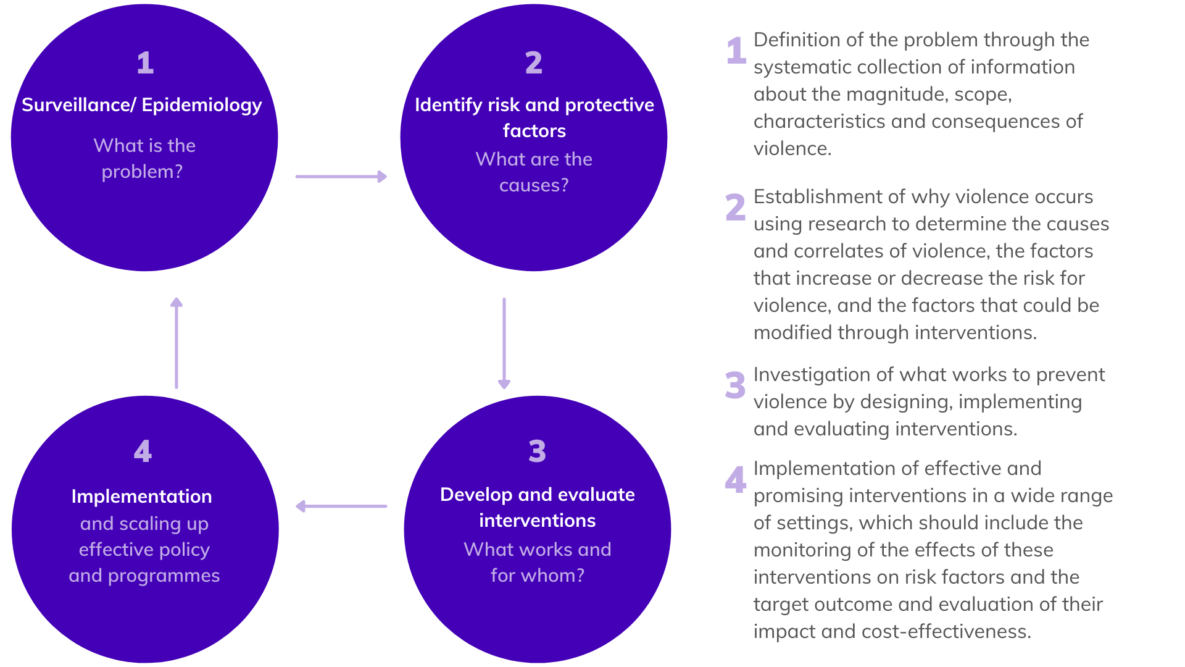 Public health prevention science identifies three tiers of intervention. A systematic, whole-society approach to the prevention of VAWDASV ensures that interventions are introduced across the spectrum of prevention. 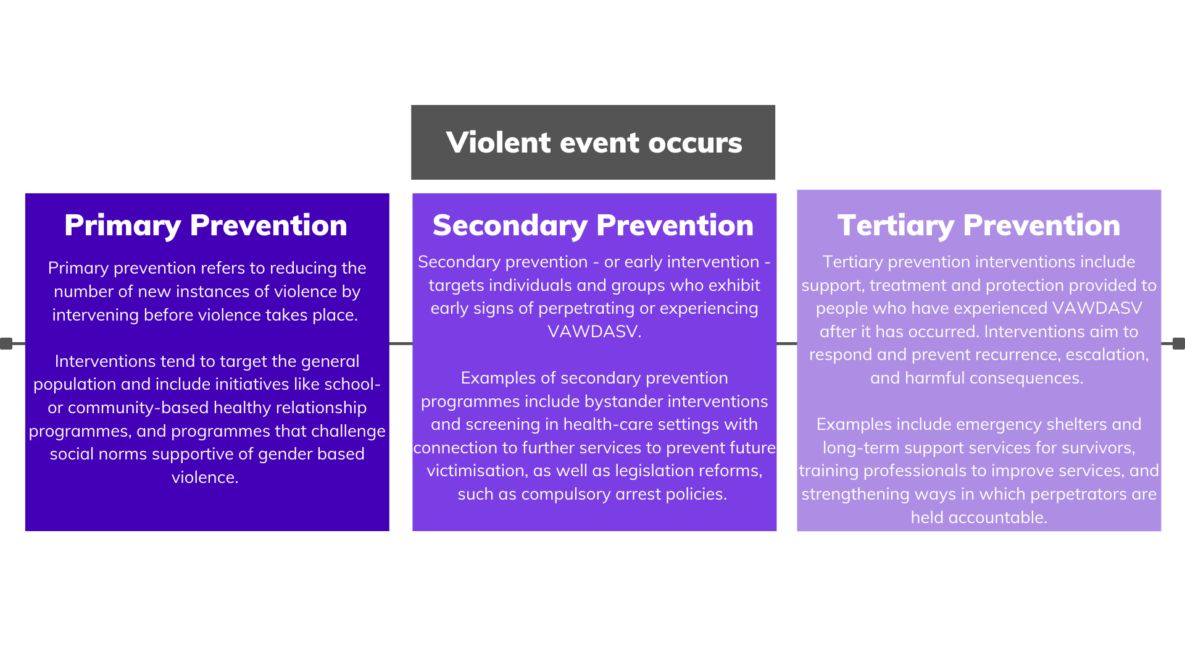 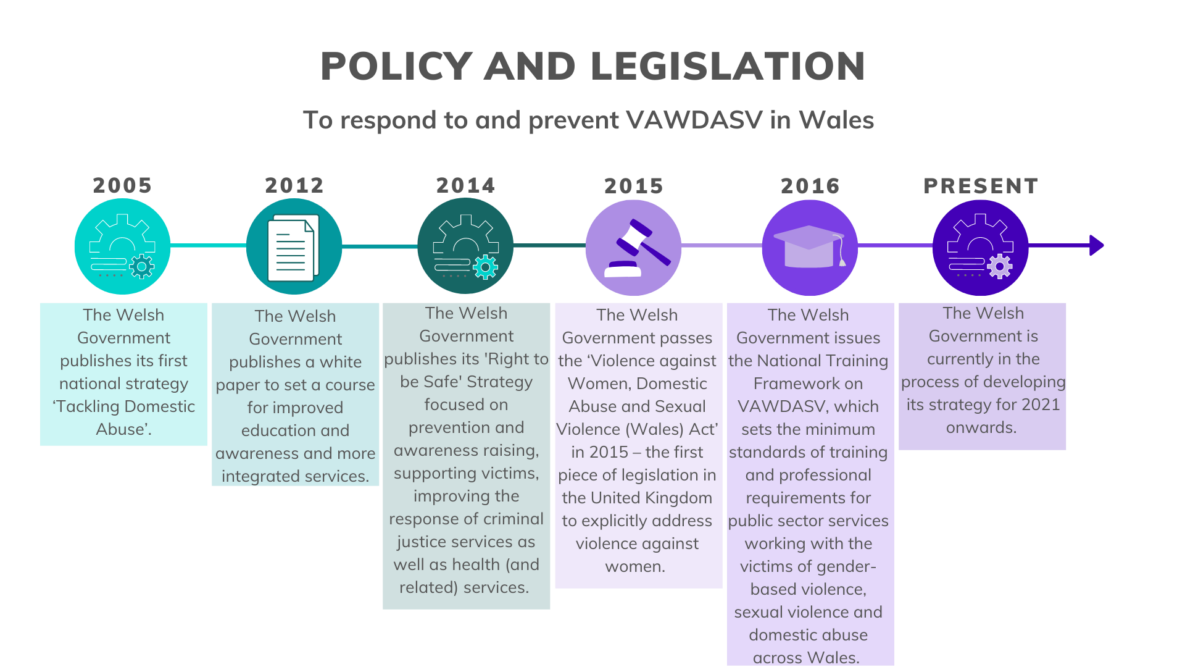 Looking for a different topic?

Get the latest violence prevention resources and research